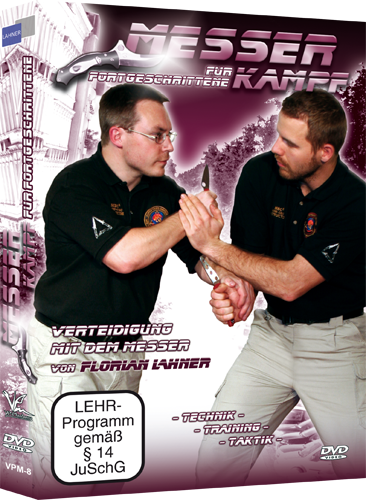 In the second part of the teaching series "Defence with the knife" by Florian Lahner, he shows extended forms of practice and applications.

You will learn to use the blade against different attacks, cutting and non-cutting. Grip positions and changes as well as systems for using the blade with the weak hand are shown. In addition, one chapter deals with the use of the reverse grip.

Florian Lahner is one of the leading tactical instructors in Europe.

He is one of the very few private service providers in Europe who regularly train clients from authorities, the military and security personnel.
He also passes on his knowledge to civilians.
Here, the focus is primarily on simple and stress-tested application.


Training programme according to § 14 JuSchG.

DVD - Effective Self-Defense for everyone "The Way of Kubotan"