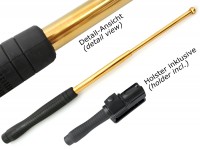 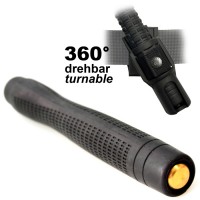 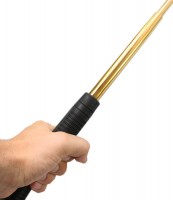 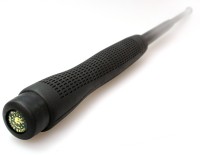 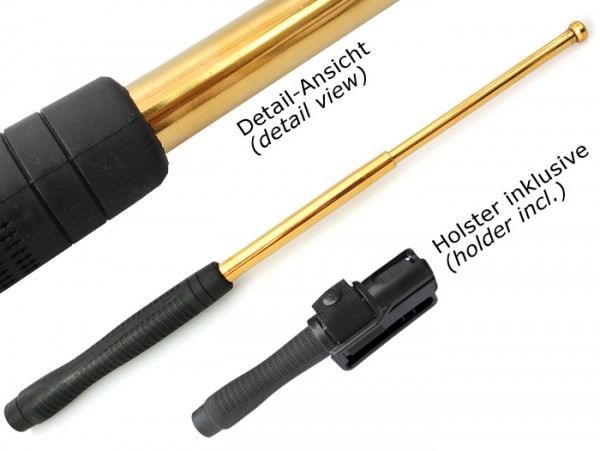 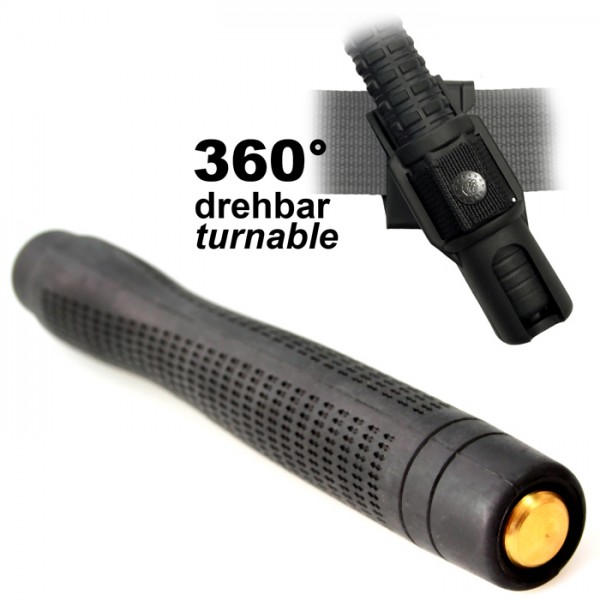 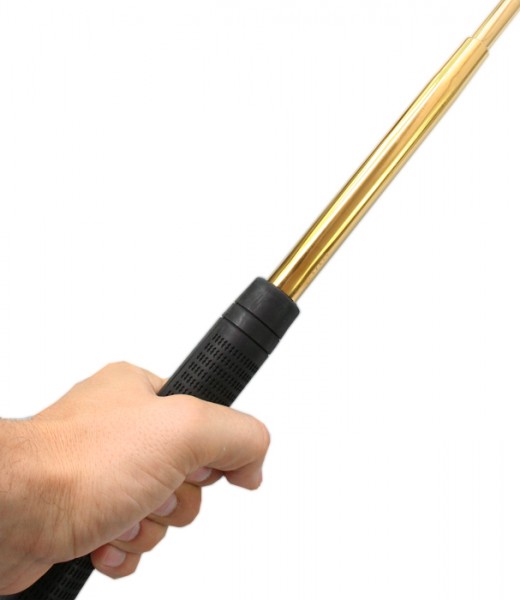 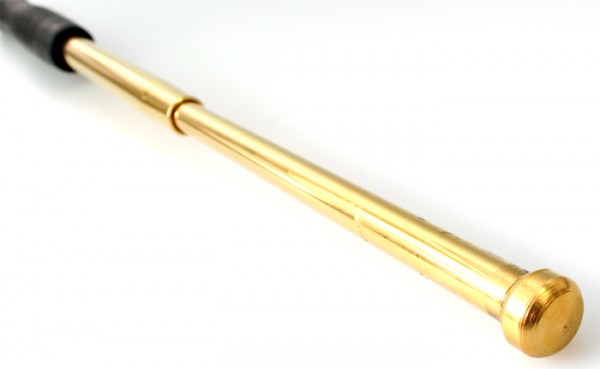 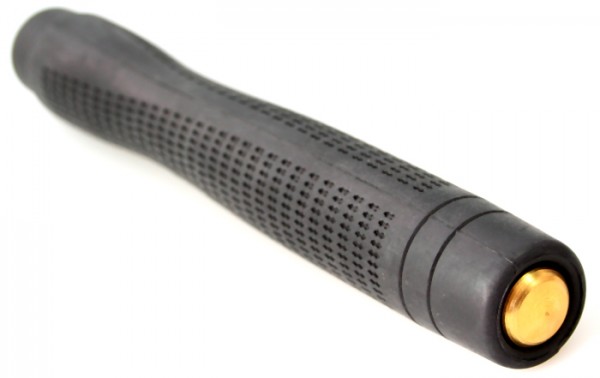 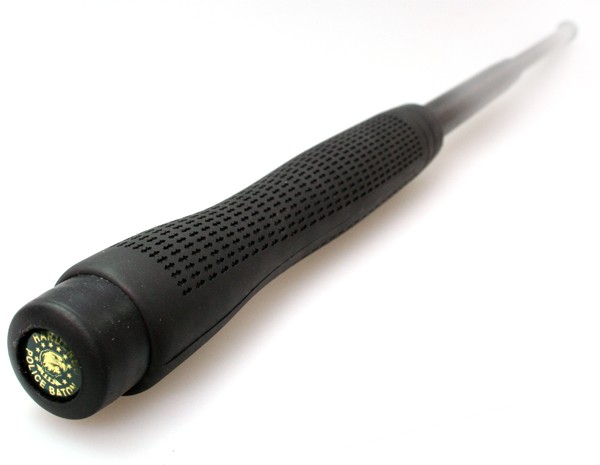 For our VIP doormen and VIP security services we offer this exclusive gold-coloured version of the hardened expandable baton.

Compared to the unhardened verions, the hardened baton's telescopic tubes are made of higher quality material and the surface is heat treated (hardened). Therefore it is highly resistant to bending, even with strong blows.

For the surface treatment, a layer of a special hard metal (metal carbide) was applied in a vacuum using steam. Compared to conventional coatings, this surface is highly wear- and scratch-resistant.

Primarily used by police and security companies. The baton's firm pavement grip gives the user a reassuring feeling of security, the special fluting prevents it from being torn out of the hand.

Application:
The baton is driven out with a quick swing movement and locked in this position automatically. To collapse the telescopic baton, simply push it firmly upright with the head on the ground.


Delivery including a special synthetic-holster which allows attachment to the belt and quick extraction of the baton with one hand. The holder is rotateable at 360 degrees. 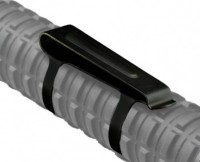 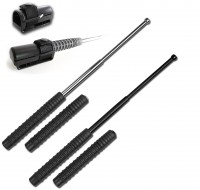 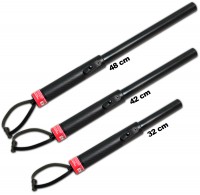